A Reflection on Season Two of KNOTS LANDING (1980-1981)
QUICK WARNING THAT THERE WILL BE SPOILERS FOR FUTURE EVENTS OF THE SERIES IN THIS LITTLE WRITEUP, SO READ ON WITH CAUTION!


Well, before we move on to what is, in my opinion, the most contentious season of KL and certainly the season I remember enjoying the least (more details in my upcoming writeup as we kick off the third season), let’s take a moment to look back at the 18-episode run of KL’s second season, shall we?  Better than I remembered?  Worse?  The same?  Read on.


As with season one before it, season two took a tremendous step up in my esteem upon this rewatch.  Again, I still maintain my prediction that seasons one through three will be my “Bottom Three” years when all is said and done, but so far both the debut and the sophomore season have improved a lot.  Does that mean that the epic glory run I mentioned once of seasons four through twelve, those seasons that are just a blur of brilliance in my memory, will become even better upon this rewatch?  Or will they perhaps fall in my esteem?  Well, that’s the exciting part of the rewatch, is it not? 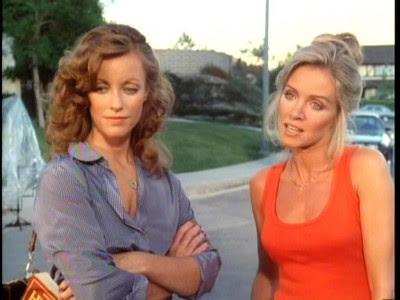 So, why did season two improve on this rewatch?  Well, for one thing, I did not remember this season being quite so soapy, and I mean that, of course, in a complimentary way.  I remembered a few things, but mostly it was just Abby and Richard’s affair; in my mind that was the first “soapy” story in KL that spanned multiple eps.  Nope, upon a rewatch, I found a ton more, lots of storylines that flow almost from start to finish in the season.  For instance, the storyline of Val, Gary, Earl Trent, and Judy Trent really begins in the third episode of the season, Remember the Good Times, and doesn’t fully wrap up until the sixteenth episode of the season, More Than Friends.  Now, this does not mean it’s a constant, all-consuming storyline that takes up space in every single episode, as it drops out of focus for awhile and then returns, but my point is it spans throughout those thirteen episodes, and it builds and grows and the viewer should be following along in chronological order for the purposes of fully understanding that story.


Secondly, the saga of Gary and the mobsters which honestly, to the best of my memory, doesn’t wind up reaching a conclusion until the beginning of season four; well, all that starts up nice and early in this season with the brilliant Plesh-penned fourth episode of the season, Chance of a Lifetime.  It’s in this episode that we first meet the mobsters, Roy and Frank.  Now, Gary’s dealings with them will have far-reaching ramifications, not the least of which is Sid’s death at the start of season three.


Chance of a Lifetime is kind of a season highlight because it revs up a lot of long-running storylines that will be serialized and go throughout the year.  Hell, this episode also introduces Linda Striker, who will briefly test Sid’s marriage, and the conclusion of her arc comes in the twelfth episode of the season, Players.  Also, Chance of a Lifetime is where we see Scooter (the real Scooter, Allan Miller, not The Second Scooter) plant that big old kiss on Laura, and their affair is gonna be a big part of the third season, so there’s a long-running storyline for you right there!


And I suppose I have to mention Ginger’s stupid pregnancy and the “Will they get back together?” arc of Kenny and Ginger that nobody cared about in 1980-1981 and nobody cares about now.  Yes, it’s true nobody in the world could possibly care about these two, but it’s still worth acknowledging that introducing a pregnancy and having the continuous arc of whether the two will reconcile also counts as more soapy storytelling.


Finally, as previously mentioned, the affair of Abby and Richard takes up quite a few episodes throughout the season.  Again, I’d say it gets revved up with Chance of a Lifetime, episode four, and then Abs officially calls it quits with Richard in episode eleven, A State of Mind. 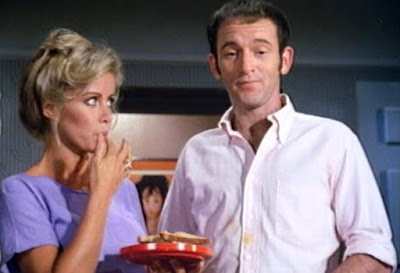 Now, I’m still not gonna declare season two “A Soap Opera.”  It’s definitely more soapy and serialized than season one, but one of the strange things about it is how it can’t quite seem to make up its mind on what it wants to be (I recall this being one of the bizarre problems with season three, as well).  For all those storylines I just mentioned, we also get weird and random one-off episodes like, say, Scapegoats (Michael’s A.D.D. that’s barely ever mentioned again and I think is never mentioned at all beyond the confines of season two), The Loudest Word (Val having a cancerous tumor that is quickly removed, disposed of, and never mentioned again, not ever again, not for the entire rest of the series), Moments of Truth (stupid burglars invading stupid Ginger’s stupid baby shower and being stupid), and, of course, that all time Undisputed Masterpiece of the Television, Man of the Hour.  I feel like someone would watch any one of these episodes and be like, “Oh, so each week it’s like a new little story about these characters,” but if you watch the entire 18-episode season as a whole, you see that it’s really kinda half soap and half self-contained individual episodes.


I also think it’s worth noting that this is probably the season most heavily linked in with the Dallas universe.  I actually felt that all three Brief Dallas Interludes this season (No More Mister Nice Guy: Part One, No More Mister Nice Guy: Part Two, and End of the Road: Part Two) squeezed in pretty well with the flow of the stories on KL.  Certainly, in both parts of No More Mister Nice Guy, we have some fabulous scenes involving Gary discussing his big bender from the conclusion of season one, really keeping the continuity going, and then End of the Road squeezed in nicely right after the KL episode A Famiy Matter, where J.R. came to visit.


Speaking of which, this season also has more of Dallas characters crossing over than any other season (and I remind you that the crossovers stop completely after season four).  In this case, we had Kristin crossing over in that tacky and obvious ploy for better ratings, Kristin, and then we had J.R. visiting in both A Family Matter and Designs, and finally Bobby making a surprisingly lovely little appearance in The Loudest Word.  So, of all the seasons of the show, I predict this particular one to be the year that both series were most strongly linked together, probably because as the show had been green-lit for a second season at the same time Dallas was becoming the most popular show in the world, they just wanted to make it good and obvious to all the viewers at home that there was this spinoff series they oughta check out on Thursday nights. 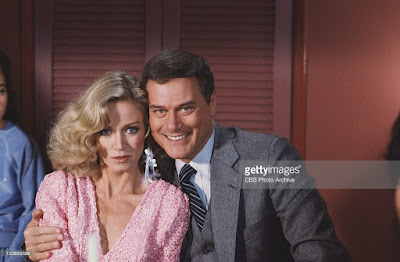 The last thing I wanna say is that the introduction of Donna Mills into the series is a huge reason for this season being better than the first as well as for an overall improvement in the series in total.  She’s gonna be around until the end of season ten, so it’s often easy to forget that she was not in the first season at all; technically she’s not an original cast member, which is strange since she looms so large over KL in total and is such an essential part of the entire series.  I believe we will see a similar immediate improvement to the quality of the series again when Kevin Dobson joins the cast in season four and then when William Devane enters in season five.  Once all those people are firmly established on the series, I feel like KL truly becomes KL.

Last thing I'd like to cover before we move on is the season high and the season low, meaning the best ep of the season as well as the worst ep.  After some thought, I'm gonna go ahead and declare Chance of a Lifetime the best ep of the season.  Not only is the script by The Plesh absolutely fantastic, and not only is it just a great piece of television, but it also goes so far towards setting up future storylines to pay off later.  It's also the first real hint we see of The Plesh's talent for writing for his own character and really understanding that character of Richard, as if he is actually real, a talent that will grow and probably peak during season three's incredible Night.  As for the worst ep, it's easily Man of the Hour, which is just ludicrous as well as terribly dated and out-of-touch and, you know, stupid.  Plus, it's another lame standalone episode that you could pretty much skip, aside from one small thing (the buildup to Jeff Cunningham taking the kids).  Yeah, this one is up there with Land of the Free from season one as one of KL's biggest and smelliest turds.

That oughts do it for season two, so let’s get ready to dive into all 22 episodes of the 1981-1982 third season of KL as we explore the season premiere, The Vigil. 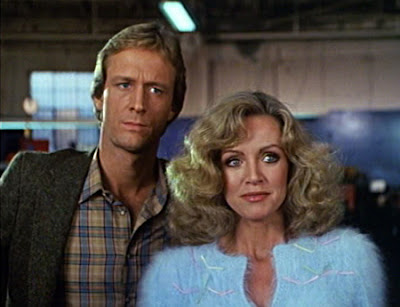