Before we move on to the sophomore season of KL, I’d like to take a moment to reflect upon the experience that was the first season, the season that introduced us to this magical and wonderful world that we will get to inhabit for fourteen glorious years.  Part of the purpose of this blog is to rewatch and rediscover the show and see how things from my perspective either change or stay the same.  Will I still feel the same way about the series as a whole?  Will my favorite seasons and episodes remain the same as they were before?  Will I still put seasons one through three comfortably at the bottom of the entire fourteen season run?  Well, that’s what we’re gonna find out, but by the time this entire epic 344 episode experience is finished, I would like to be able to quantify it in some way and conclude with an official RANKING, deciding what the best season of KL is and what the worst is.


Obviously we’re a ways off from that at the moment, as we’ve only watched one season out of fourteen, and a short season, at that.  The first thing I’ll say is that season one will remain the shortest season in the entire run of KL with only thirteen episodes (followed by season two with eighteen episodes and then season fourteen with nineteen episodes).  As we get deeper into the ‘80s, the seasons are gonna get as big as thirty episodes per season (seasons six, seven, and eight), so let’s reflect on how small thirteen episodes is compared to that whopping number of thirty.  In a way, it gives us less to talk about, since there are simply less hours of material to go over, but it also helps to keep this season really fresh in my memory, each episode as its own special snowflake.  When we get to those humongous thirty-episode seasons, I kinda doubt each and every episode will stand out the way every episode from season one did.


I’ll start out by saying that a rewatching of season one showed a tremendous improvement over my previous opinion of it.  I just enjoyed the shit out of this season, but I have to pause and ask myself if it’s because the quality was actually better than I noticed before or if I’m simply revved up and ready for the KL journey and excited to see people I love again.  Who knows?  In any case, I still think I would understand why someone might watch this first season and say, “Eh, that was only okay,” and not proceed with the rest of the series.  It’s not exciting in the same way that later seasons are exciting, but I find the characters fascinating right from the very first time we meet them.  Aside from Kenny and Ginger, I think this season one cast is pretty great and I do love all the characters, even though I look forward to later characters we haven’t met yet, such as Abby, Mack, Sumner, Jill Bennett, and Paige.


I definitely predict that this will remain the most “singular” season, and what I mean by that is, for the most part, episodes are singular, standalone.  You could pretty much watch the season (except for the two-parter finale Bottom of the Bottle) in any order you pleased and it wouldn’t really be screwing up any noticeable continuity.  Rather, it’s more like, “This week, in Let Me Count the Ways, Karen contemplates an affair!  Next week, in The Lie, Laura gets raped!  The episode after that, Will the Circle be Unbroken?, Val’s eccentric mother comes to town!”  I would definitely not call season one serialized at all and I would not call it a soap, either.  To my memory, the show really turns into a soap in season four.


This is also the only season (besides the final one, of course) that does not end on a cliffhanger.  Instead, it ends with a certain sense of finality with Gary announcing that he is an alcoholic and everyone clapping.  In my essay on that episode, I reflected that the writers and producers were probably covering their bases in case the show didn’t get picked up, that it wouldn’t conclude on some dangling cliffhanger.  Because of that, it makes me able to almost see this season as a little 13-episode miniseries, the story of a man and his wife who move to a new place to give their marriage a second chance.  They have some adventures, we shine the spotlight on their neighbors, then Gary’s marriage is tested by his own weaknesses, but he manages to get up out of his gutter, admit his problem, and we end with a feeling of hope for their marriage.  When viewed through this lens, it actually does play fairly well and I think that’s interesting to note. 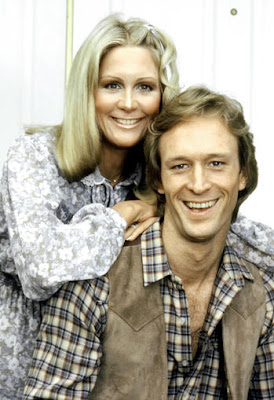 Even so, I also think it’s clear right off the bat, right from the opening moments of Pilot, that Karen is our character to focus on.  Nobody watching Pilot in 1979 could know that this series would run for an astounding fourteen years and nobody could know that Michele Lee would wind up being the only person to appear in every single episode, but just watching the show get started, she commands the attention right away, and, for me, is easily KL’s “main” character if I must assign such a label.  In a way I hate to write that because it seems dismissive of all the other characters I love, but she really is. Okay, last but not least, let’s discuss the season’s highs and lows, shall we?  By that, I mean I’ll simply pick the best episode of the season and the worst.  For season one, I think that best episode honor has to go to episode three, Let Me Count the Ways.  It’s our first episode of the series to not feature a Dallas character popping in for an appearance, so its significant as our first episode to completely immerse us in the world of KL, and it’s also a stunning and Emmy-worthy showcase for Michele Lee as she subtly and powerfully and beautifully displays all the different emotions of a woman facing midlife and considering an affair.  Awesome work from Michele, and also an awesome little musical score that introduces that lovely Karen theme we hear a few times this season.  Only after starting this blog did I learn that season one got nominated for an Emmy for its music, and I can’t argue that, cuz I love this little piano piece that plays intermittently through the first season; it’s absolutely beautiful.


Is anyone surprised that I’m gonna call Land of the Free the worst episode of the season?  Well, it definitely is and it’s a complete misfire from start to finish but, as I mentioned in my write-up, it’s not without some camp value and moments that are good for a chuckle.  I’ll put it to you this way; I’d rather watch KL’s worst episode than Dallas’ worst episode (which I can’t even think of right now, as those last few seasons of Dallas are just a solid blur of badness).  Also, while the episode is a failure, you also get it out of the way early in the run of the series rather than having to face it way down the line like you often would with other long-running shows.


So that’s my reflection on season one.  Right now I have no other season to compare it to, but the ranking will begin after we move through season two.  Will season two show an improvement over the debut year?  Stay tuned because we’re gonna find out very soon!
Posted by Knots Blogger at 7:57 AM